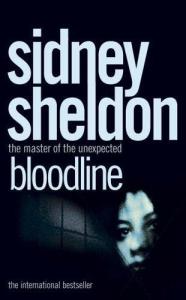 Sidney Sheldon (February 11, 1917 – January 30, 2007) was an acclaimed American writer whose extensive body of work includes over twenty novels, all of which he wrote after turning fifty. In his younger years Sheldon was a small, and silver screen heavy weight. He was responsible for the creation of I Dream of Genie, The Patty Duke Show and Hart to Hart, as well as numerous film and stage titles.

Okay, so I hate to bag out the man who created one of my favourite childhood sitcoms, I Dream of Jeannie, but this book is terrible.

Perhaps if I read it back in 1977, when it was first published, I would have appreciated it more, and been somewhat more surprised. But unfortunately, CSI, NCIS, SVU, ABC, 123 and the countless other acronyms tumbling together in an ever-growing avalanche of TV crime dramas have ruined crime fiction for me, forever.

Sam Roffe, head of the multi-billion dollar pharmaceutical empire Roffe and Sons, dies in what appears to be a tragic mountain climbing accident.

Sam’s daughter, and only child, Elizabeth, is bequeathed with the entirety of Sam’s will, including his majority stock in Roffe and Sons.

Elizabeth is- surprise, surprise- young, intelligent, and stunningly beautiful (*yawn*). She struggled tirelessly throughout her life to gain her father’s love, approval, and attention.

She therefore takes her new role more seriously than her family, the Board of Directors at Roffe and Sons, anticipated. They convince Elizabeth of the company’s financial problems and urge her to make Roffe and Sons a publicly owned company, therefore allowing the Board to sell off their shares (a luxury previously denied by Sam, who insisted the company remain within the family).

As we are introduced to each of the Board members, and learn of their debaucherous exploits and illegal undertakings, it becomes boringly clear that something sinister is afoot.

And Elizabeth begins to think… maybe Sam’s death wasn’t an accident… an experienced mountain climber falling into a dark abyss is maybe something she should have looked into a little more… maybe someone killed him… maybe that someone was a member of the Board… a member of her family…. DUN DUN DAAAAAAAH (cue anxious nail biting here)!!!!!!!

Elizabeth keeps her suspicions to herself as the Board of Directors continue pressuring her to step down, and allow for the sale of their shares.

When she refuses to capitulate, several murderous attempts are made to get her out of the picture, and she fears for her life, as well as the future of Roffe and Sons.

But which of her desperate, greedy family members is to blame? Or could it even be Sam’s right-hand man, Rhys Williams, the dashingly chivalrous Welshman with a dark past, and suave charisma (is it just me or does it kind of sound like an episode from Days of Our Lives?).

Each has motive. So how on earth will we ever solve this mystery?

Have no fear, because just when you start to wonder where the hell this is all going, in gallops Inspector Max Hornung, from God knows where, to clean up the messy plot and end my torture once and for all.

This mythical-like Inspector, who asks all the right questions and makes all the right assumptions, was not mentioned in the first three quarters of the book. It almost seemed as though Sheldon himself was growing bored with the story and invented a never-before-heard-of character to wrap things up nice and quick. It just didn’t really make sense. Especially considering the fact that he took about half the book to introduce and set up all the other characters.

The endless barrage of backstories (of the Board of Directors and their spouses) made the text difficult to follow at times, and I often found myself sifting through the pages trying to remind myself which character was which.

Amongst all this, we flash back to Elizabeth’s adolescence, where she has a brief homosexual tryst with her boarding school teacher. You might think this made things a little juicier, a little more exciting.

It was totally irrelevant, added nothing to the story, and still baffles me as to why it was included at all. This is just one example of the overwhelming amount of unnecessary information contained within the covers of Bloodline.

The ending was anticlimactic, forced, and totally predictable- despite Sheldon’s efforts to add a few last-minute twists and turns into the mix.

All in all it’s pretty crumby. So leave it on the shelf.